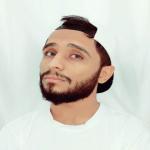 News of the release of Fboy Island video on IMDb